OpenStack as a destination cloud

Migrations to OpenStack operate in the same way Replicas do and thus entail the same requirements and steps described below.

The destination environment parameters are a set of destination-cloud-specific parameters that offer additional options to the migration/replication process on a per-VM basis.

Below is a listing of the destination environment parameters the OpenStack plugin supports when migrating/replicating a VM to OpenStack:

In the case of Replicating or Migrating to OpenStack, there will need to be images that the worker will use to create temporary VMs in order to perform the tasks, for both Linux and Windows machines.

The template OS version must be at least the same with the OS of the VM that needs to be Replicated or Migrated. 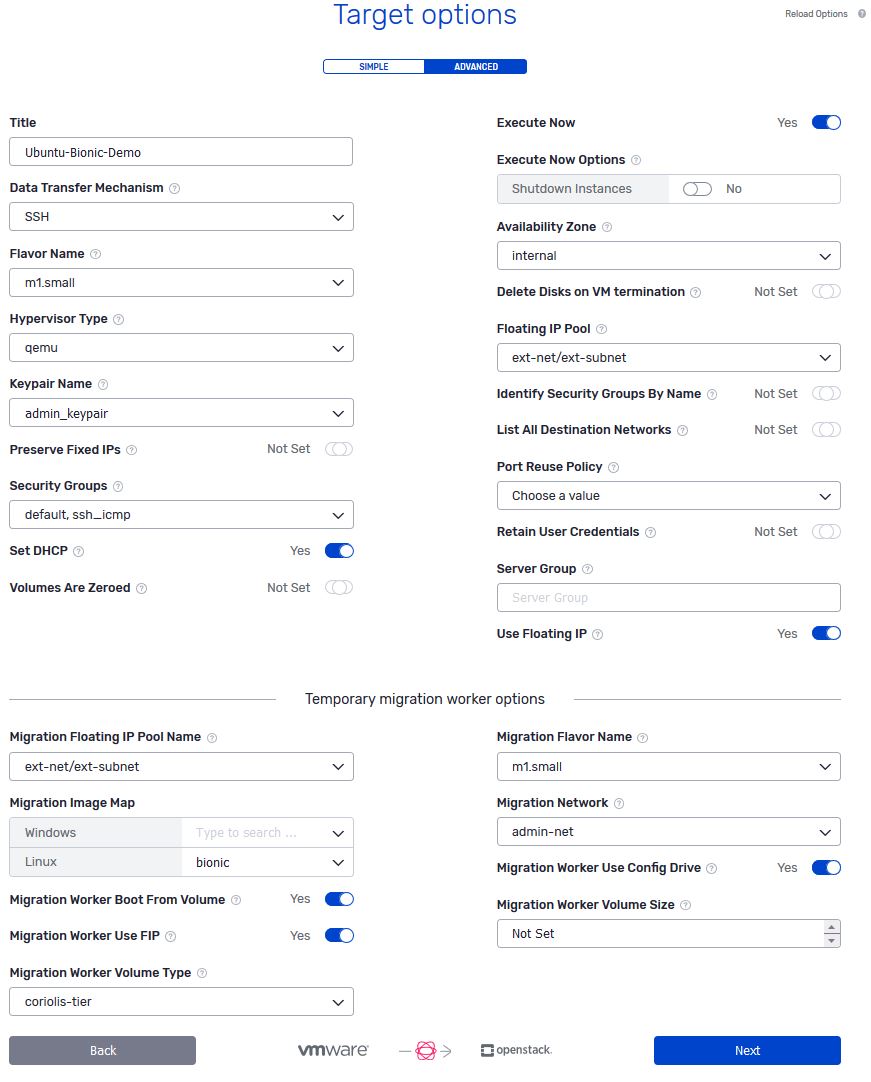 Below is a listing of the configuration section needed when migrating/replicating to an OpenStack:

Configuration options for OpenStack as a destination

Depending on the virtualization technology used and the OS release we are migrating/replicating, the following notable steps will be performed as part of the OSMorphing process: