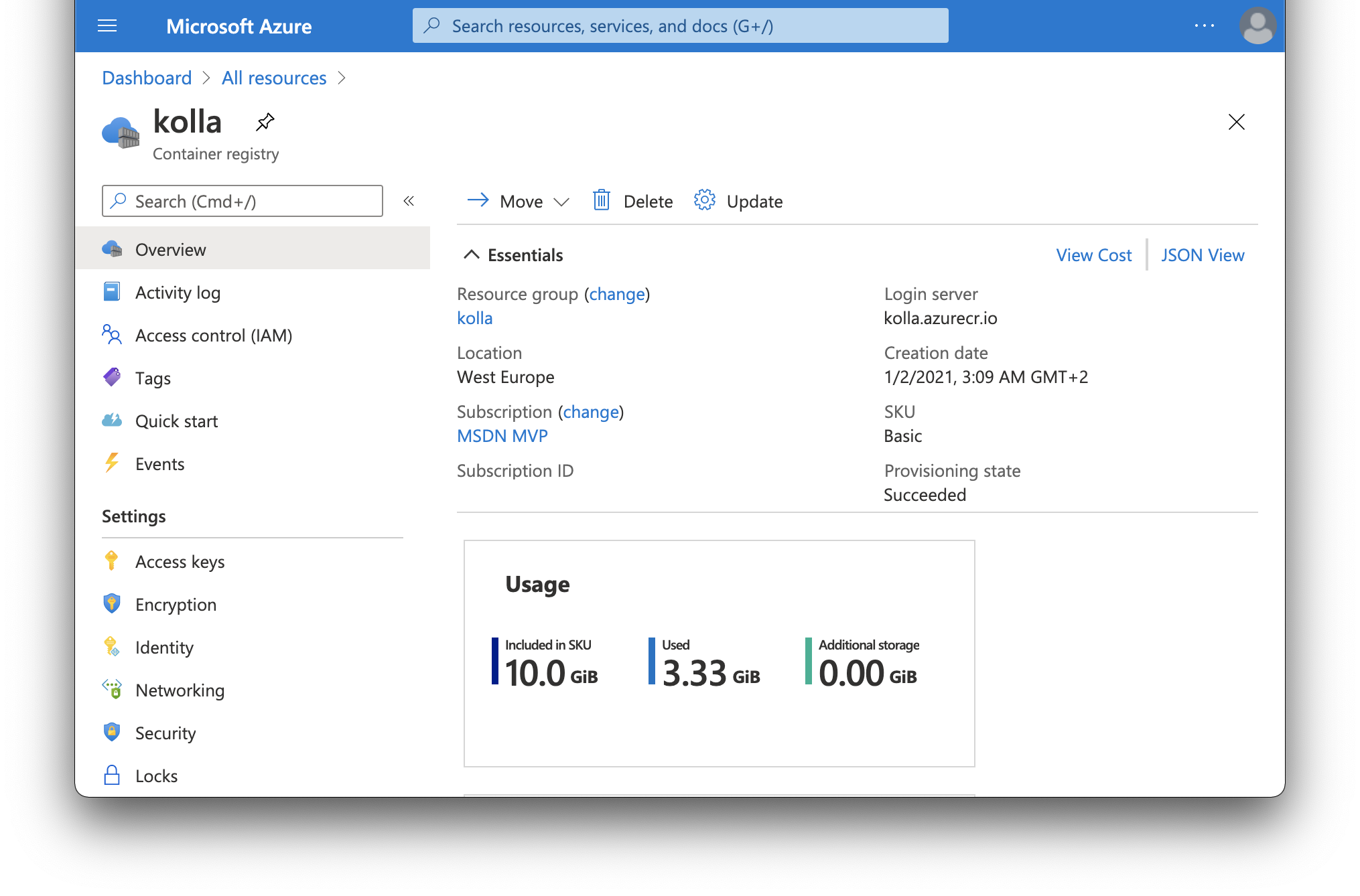 This is the beginning of a short series detailing how to deploy OpenStack on ARM64, using Docker containers with Kolla and Kolla-ansible.

The objective of this first post is to create the ARM64 container images and push them to a remote registry in order to be used later on, when deploying our OpenStack cloud. We are going to use Azure Container Registry to store the images, but any other OCI compliant registry will do.

Let’s start by creating the container registry and related access credentials. This can be done anywhere, e.g. from a laptop, doesn’t need to be ARM. All we need is to have the Azure CLI installed.

Next, let’s create a resource group and a container registry with a unique name. Choose also an Azure region based on your location.

It’s now time to switch to an ARM server where the Kolla container images will be built. We are going to use a Lenovo server with an eMAG 32 cores Armv8 64-bit CPU provided by Ampere Computing. The host operating system is Ubuntu 20.04, but the following instructions can be easily adapted to other Linux distros.

Let’s start with installing the dependencies and add your current user to the docker group (or create a separate user).

Let’s get Docker to login into the remote registry that we just created. Set ACR_NAME, SP_APP_ID and SP_PASSWD as obtained in the previous steps.

Now we can install Kolla in a Python virtual environment and get ready to start building our container images. The OpenStack version is the recently released Victoria but a previous version can be used if needed (e.g. Ussuri).

The pmdk-tools Ubuntu package is not available on ARM, so we need to remove it from the nova-compute docker image build. This is done by creating a “template override” that we are going to pass to the build process.

We can now build the container images and push them to the registry. This will take a while since it’s building and pushing container images for all OpenStack projects and services. Alternatively, it is possible to reduce the number of containers to a subset by creating a profile in kolla-build.conf as explained here.

We are finally ready for our OpenStack AMR64 deployment with Kolla-ansible in the next post!