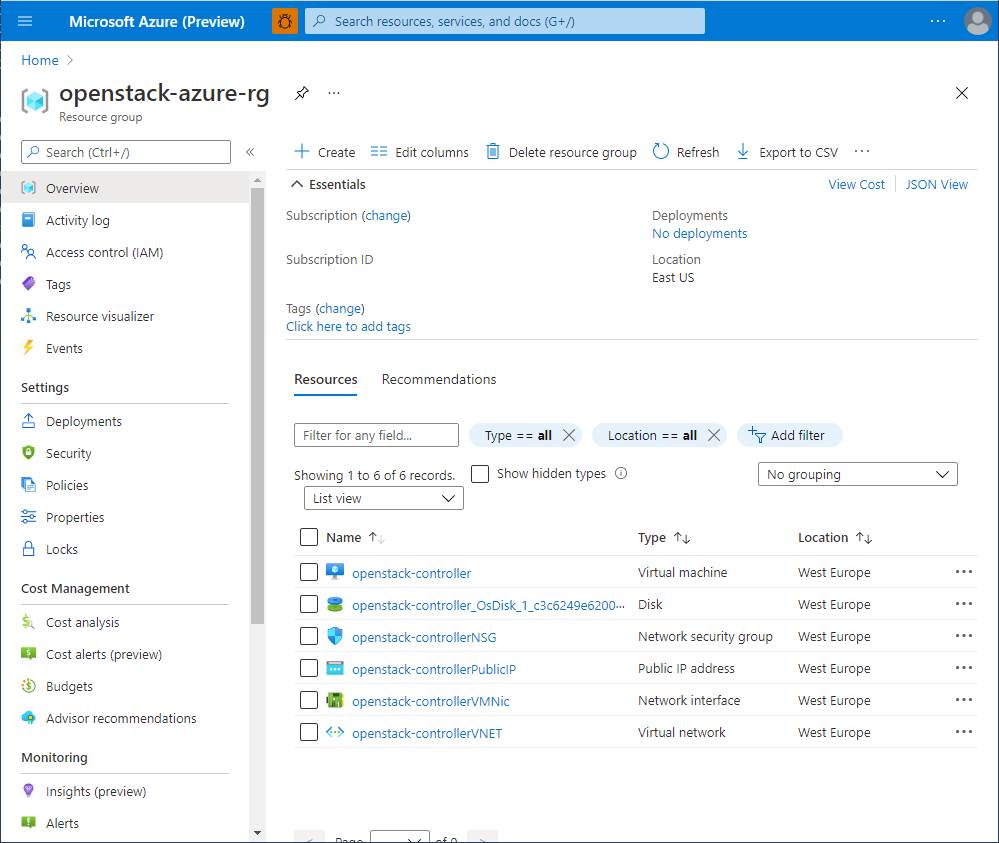 One might argue what is the point in running a cloud infrastructure software like OpenStack on top of another one, namely the Azure public cloud as in this blog post. The main use cases are typically testing and API compatibility, but as Azure nested virtualization and pass-through features came a long way recently in terms of performance, other more advanced use cases are viable, especially in areas where OpenStack has a strong user base (e.g. Telcos).

There are many ways to deploy OpenStack, in this post we will use Kolla Ansible for a containerized OpenStack with Ubuntu 20.04 Server as the host OS.

In our scenario, we need at least one beefy virtual machine, that supports nested virtualization and can handle all the CPU/RAM/storage requirements for a full fledged All-In-One OpenStack. For this purpose, we chose a Standard_D8s_v3 size for the OpenStack controller virtual machine (8 vCPU, 32 GB RAM) and 512 GB of storage. For a multinode deployment, subject of a future post, more virtual machines can be added, depending on how many virtual machines are to be supported by the deployment.

To be able to use the Azure CLI from PowerShell, it can be installed following the instructions here https://docs.microsoft.com/en-us/cli/azure/install-azure-cli.

For the deployment, we will use the Kolla Ansible containerized approach.

Firstly, installation of the base packages for Ansible/Kolla/Cinder is required.

As a next step, we need to configure the OpenStack settings

Now it is time to deploy OpenStack.

After the deployment, we need to create the admin environment variable script.

Let’s make the finishing touches and create an OpenStack instance.