We’re very pleased to announce that starting with the Mitaka release we have introduced a new Openstack Nova Compute Driver, the Hyper-V Failover Cluster Driver, offering host based fault tolerance to tenants. The main advantage is that non high-available applications running in virtual machines can rely on the cluster for fault tolerance, a very common scenario in the enterprise IT world.

This feature is based on Windows Server Failover Clustering (WSFC) and is very useful when you need services that are always available, even if the Hyper-V compute hosts go offline due to planned maintenance or unplanned hardware or software issues. Thanks to this feature, the virtual machines are fault-tolerant and get automatically migrated to other nodes in the same cluster, where they continue to work unaffected.

All of this is now integrated with OpenStack, with the Hyper-V Compute Driver seamlessly notifying Nova about any failovers in the cluster, ensuring that instance status is properly up-to-date.

In the remaining part of this post, we’re showcasing the Failover Clustering feature in a quick demo that will work on any Mitaka OpenStack deployment. All you need is a minimum of two Hyper-V nodes (joined to an Active Directory domain) to add to your deployment.

Firstly, let’s boot some instances on the Hyper-V Cluster.

And the same 3 instances in the Failover Cluster Manager: 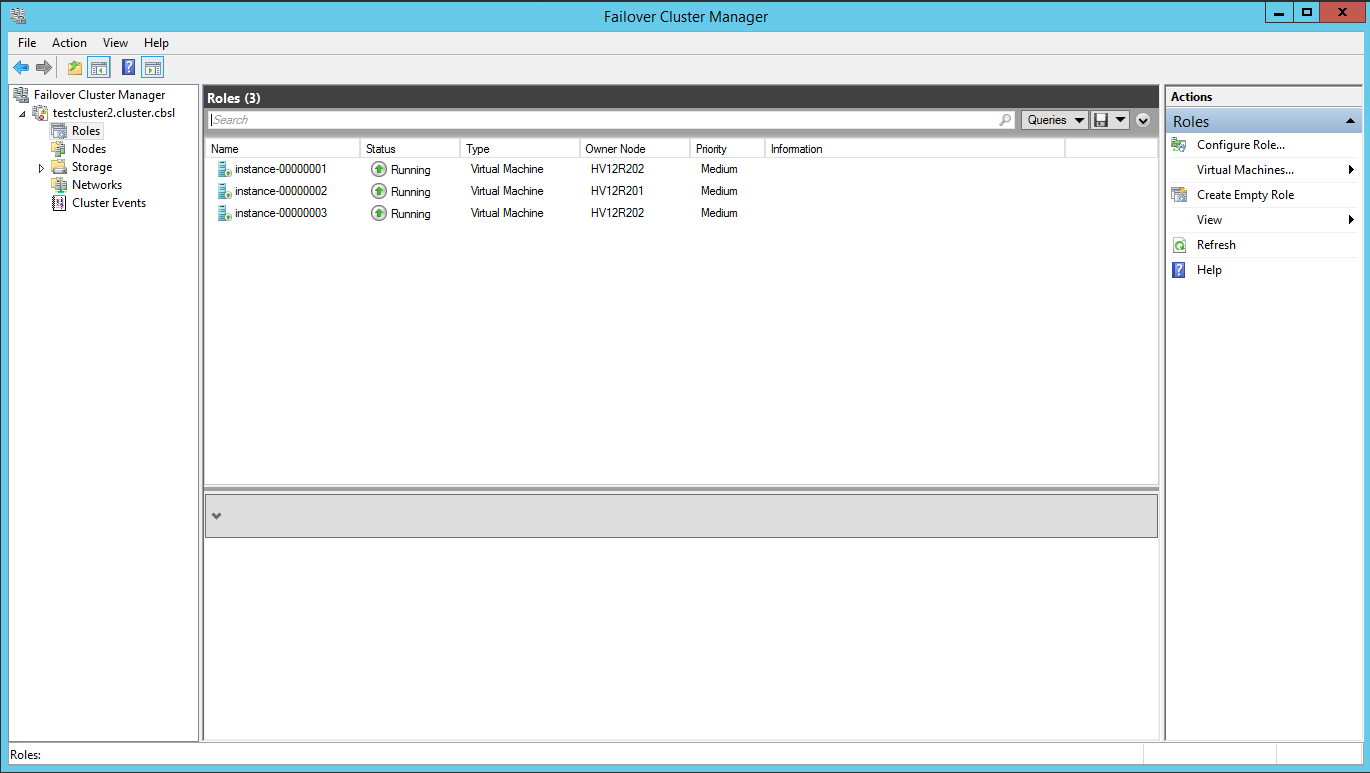 Now, we’re going to forcefully restart the HV12R202 Hyper-V host server where two of the three instances are hosted. Being a planned restart, the instances hosted on this node will live migrate to other Hyper-V nodes in the cluster without any downtime. This is the so-called “node drain” feature. If instead the Hyper-V server undergoes an unplanned shutdown, the instances will failover to other nodes.

The instances have been live migrated to the other nodes in the cluster as we can see in the Cluster Manager shown in the following snapshot: 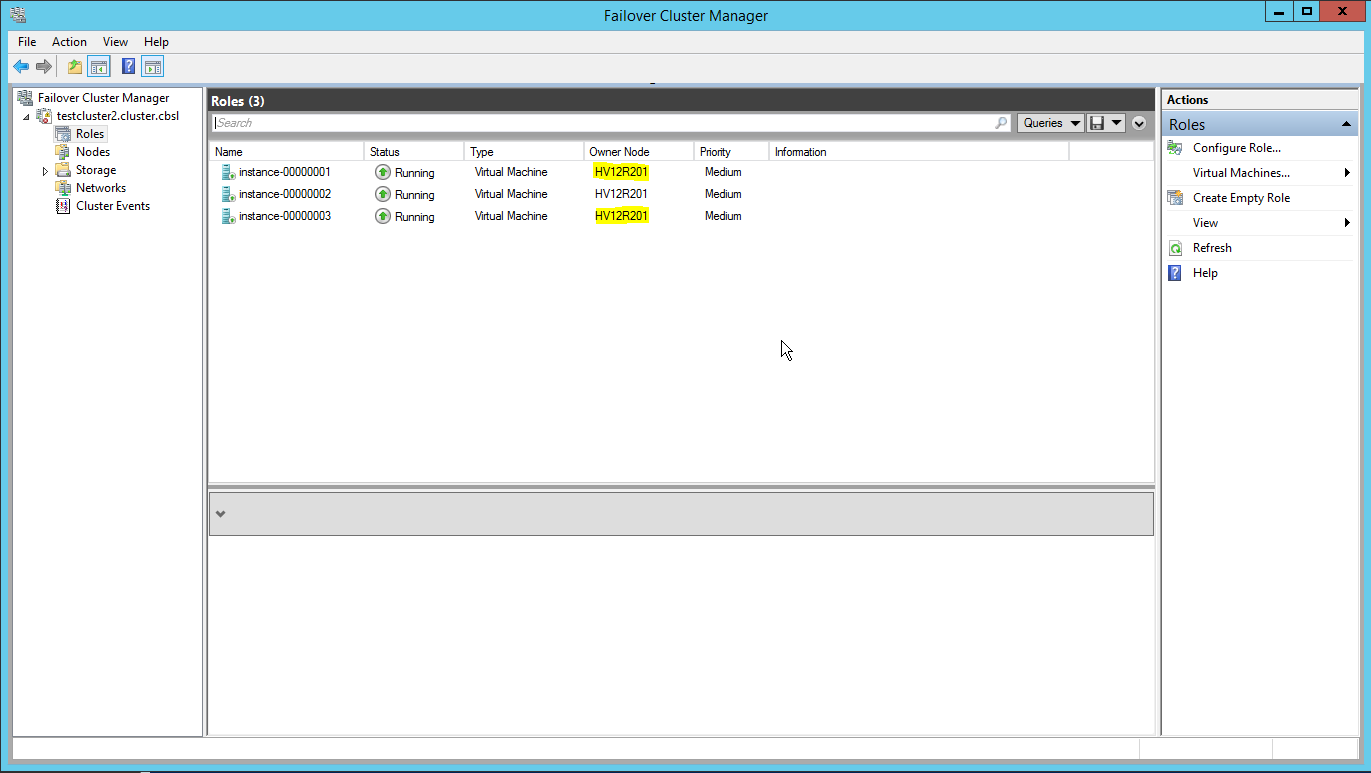 A snippet from the Hyper-V Nova Compute logs, showcasing the occurring failover events.

The changes are consistent with Nova and the instances location has been updated. 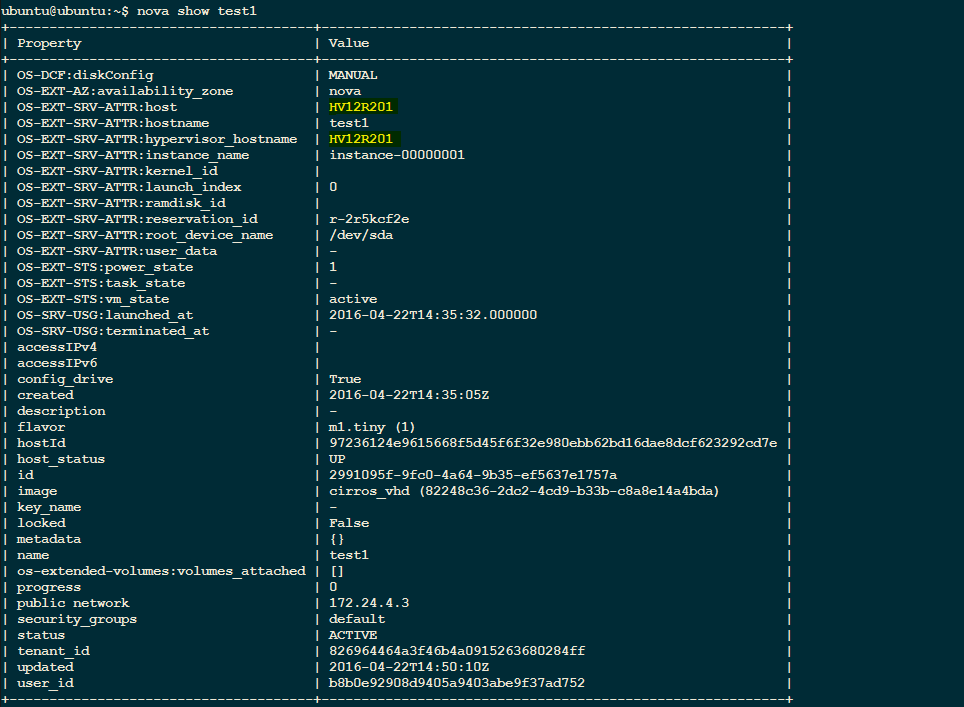 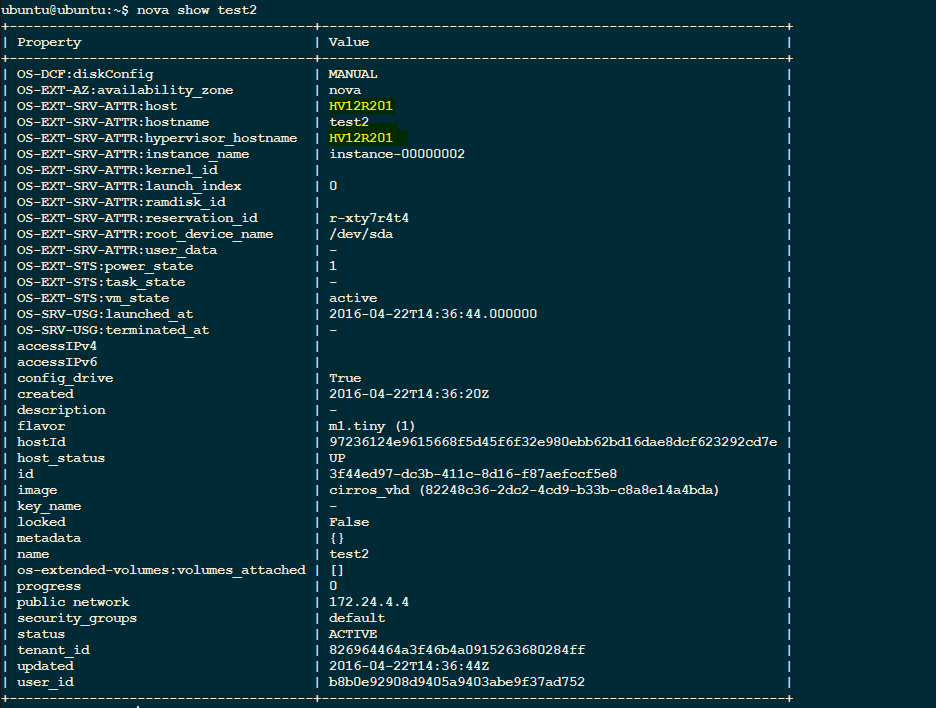 Of course, you can try out this feature yourself. We’re going to explain the setup in the following part.

We hope you enjoy this feature and if you have any questions or suggestions, please let us know!