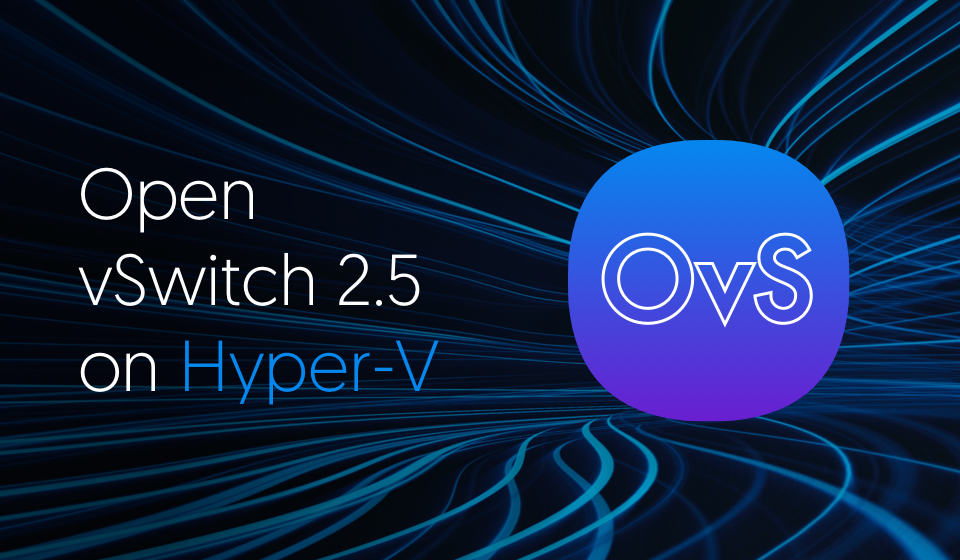 In this post we will explain how to configure manually a Open vSwitch GRE tunnel between VMs running on Hyper-V and KVM hosts.

Let us assume that you have a Hyper-V Virtual Switch of type external bound to the interface port1 called vSwitch.

As introduced before, the main area where the Hyper-V implementation differs from its Linux counterpart is in how virtual machines are attached to a given OVS port. This is easily accomplished by using the Set-VMNetworkAdapterOVSPort PowerShell cmdlet provided with the installer (please refer to part1 for details on installing OVS).

P.S.: Don’t forget to check out part 1 (OpenStack) and part 2 (VXLAN) of this series if you missed them!